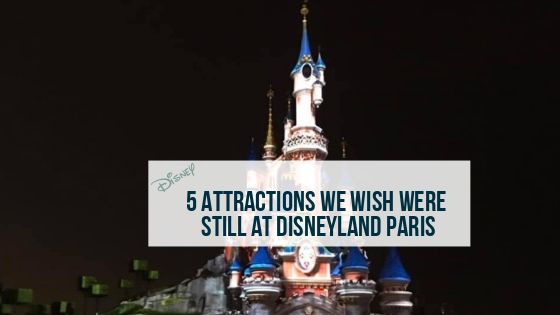 Nearly thirty years have come and gone in Disneyland Paris, and that got us thinking about some of the closed down attractions we wish would come back. Innovations keep churning out of Imagineering, and there is so much change on the horizon for Walt Disney Studios park. Still, there is nothing quite like the return of an old classic. So, we picked five extinct Disneyland Paris attractions we miss.

From the Earth to the Moon 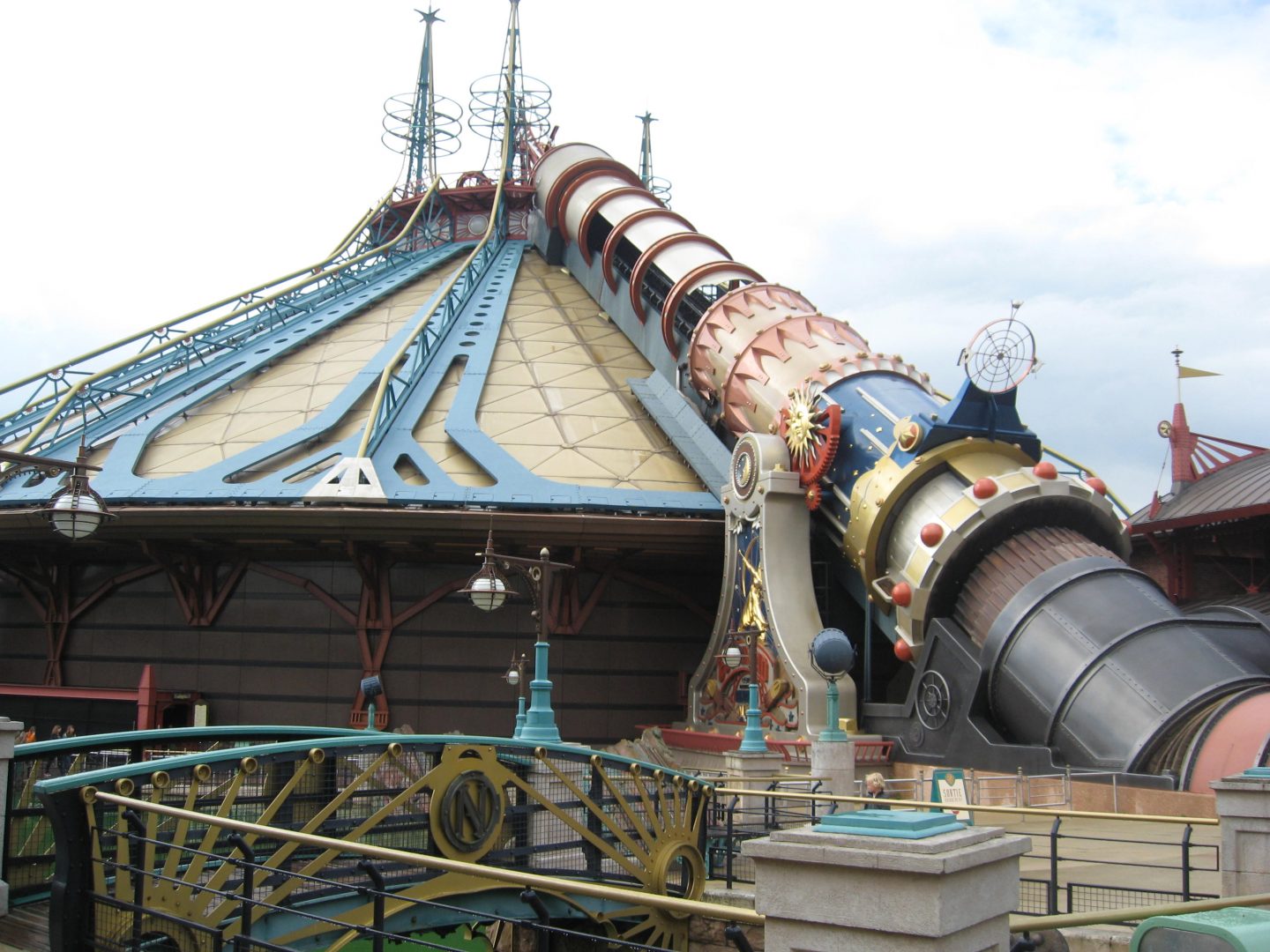 Disney rarely develops a concept that surpasses the genius of adapting Jules Verne’s works for their Parisian theme park. Disneyland Paris had a rocky start, in the beginning. However, Discoveryland stands out as the most successful iteration of Tomorrowland. It uses fixed points in time and a timeless fantasy element. A big part of that success is the steampunk-inspired Jules Verne related attractions that include the Disney designed Nautilus. Space Mountain has since been converted into a Star Wars ride, but the original exterior remains, which makes us wish for a return of the original “From the Earth to the Moon” concept.

What we’d love to see is the initially planned pavilion. Disney has a history of dreaming up concepts for massive buildings that house multiple attractions. Thunder Mesa was meant to be a phase 2 development in the Magic Kingdom back in 1972. After a last-minute Pirates of the Caribbean depleted funds, only the single ride Big Thunder Mountain Railroad remained. Before the Indiana Jones Adventure in Disneyland, a vast pavilion was designed. Again it would house multiple attractions, including a portion of the Disneyland Railroad. Budget cuts resulted in scrapping the idea.

The same thing happened with the proposed Discovery Mountain, which would have had an indoor Nautilus, underwater dining, and a free-falling Journey to the Center of the Earth attraction in addition to Space Mountain. 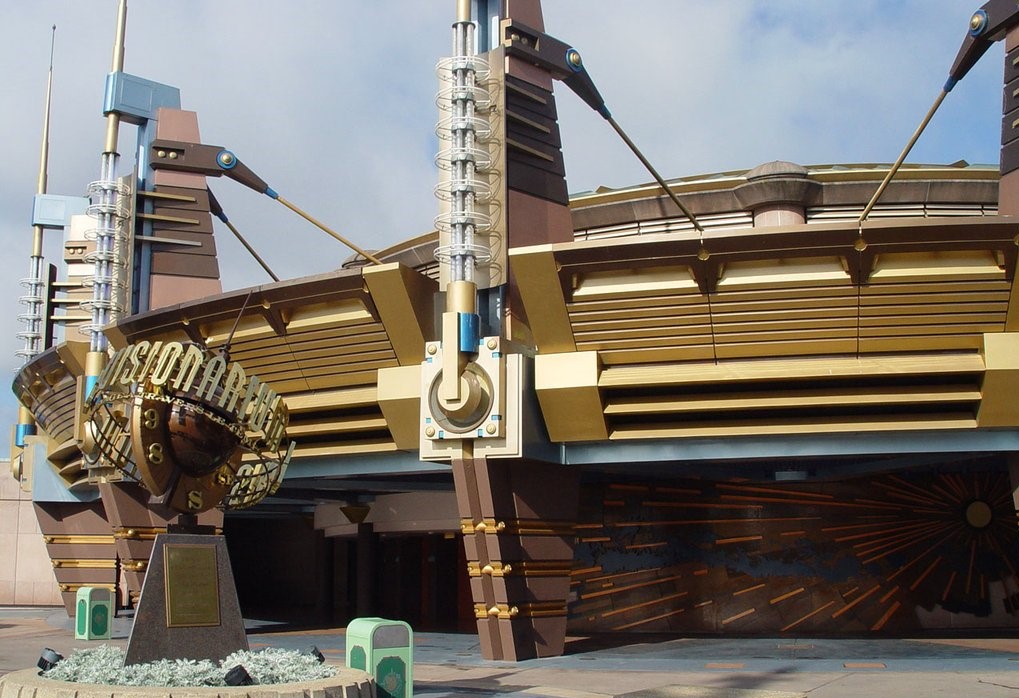 This film was the first Circle-Vision 360 attraction to contain a narrative and the only one to date that incorporated audio-animatronics. The technological prowess and fluidity of movement in the animatronics were inspiring, as was the premise of celebrating visionaries. For the first time, a Circle-Vision theater had a story-based explanation for why it existed. Nine Eyes, a time-traveling invention of the Timekeeper, is sent back through various points in history. She captures and projects the events she sees there.

Le Visionarium was a rarity, as it was a Disneyland Paris original, that later went on to play in Tokyo Disneyland and at the Magic Kingdom. Recently at D23 new shows were announced for Epcot, including updated Circle-Vision 360 Films for China and Canada pavilions. That news made us want to reminisce about the Timekeeper and imagine what an update might look like. It’s still an exciting and grounded premise, with plenty of potential. 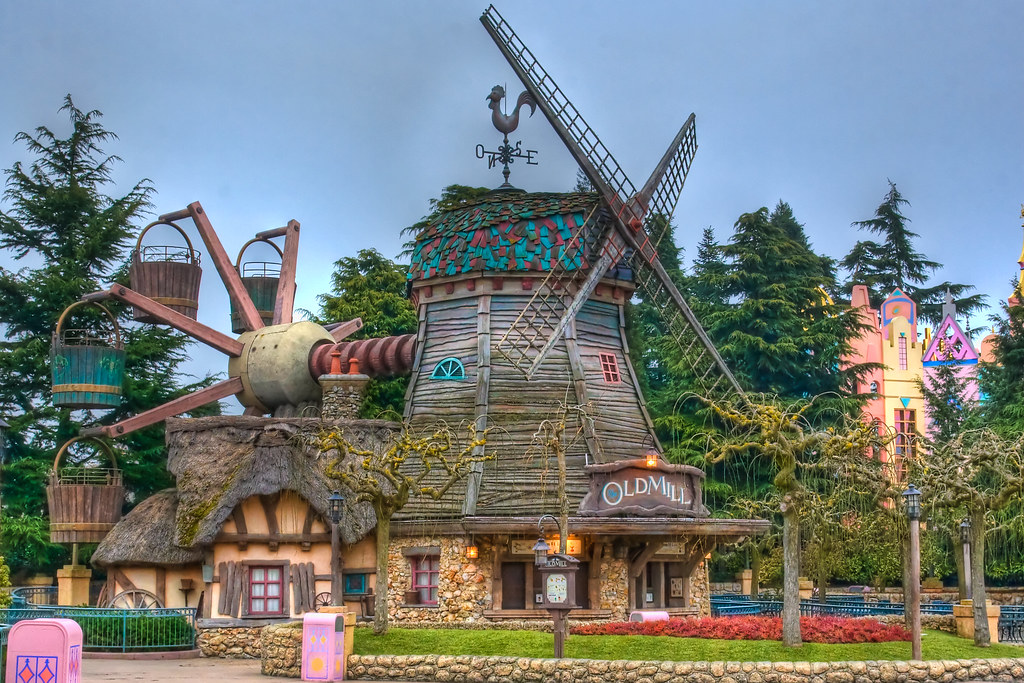 Thankfully the Old Mill is still with us, but if you visited Fantasyland before the year 2000, you would have seen a very different sight. Unless of course, you visited Disneyland’s debut year in 1992. That’s because the snack stand became a Ferris Wheel which opened the following year and closed after just seven years of operation.

The Old Mill is a unique piece of history incorporated into the relatively new version of Disneyland. It’s a tribute to the Silly Symphony of the same name, which has the distinction of being the first Walt Disney production to use the multiplane camera. The use of the contraption made it possible to zoom in on the mill while allowing the moon in the distance to remain the same size.

Another layer of history is that the plans for the original Disneyland called for a Ferris wheel themed to the Old Mill, but it never was made. It was nice that the concept found a home in Disneyland Paris, but the attraction was not popular enough to continue. We still have the snack stand version of the Old Mill, but we can’t help but get nostalgic about the rideable version. 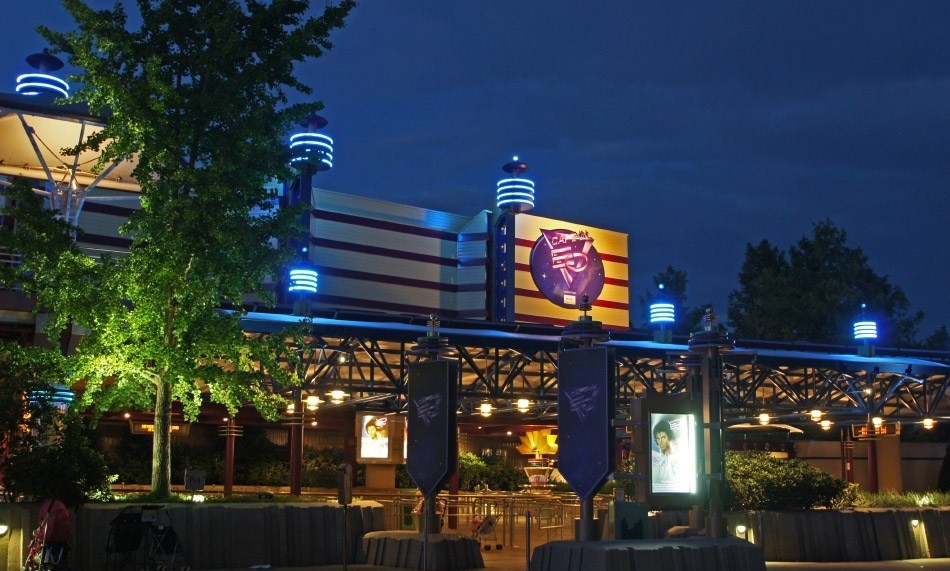 The original Captain EO debuted in 1986 and ran for ten years, then re-released after Michael Jackson’s death as a tribute until 2015. The show, scripted by George Lucas and directed by Francis Ford Coppola showed in four Disney parks, including Disneyland Paris. In Disneyland Paris, the 3D film played in Discoveryland for a combined 11 years. The last five were from reopening as a tribute.

The in-theater effects of Captain EO made the 17 minute Sci-Fi feel immersive. With an audience encompassing starfield, smoke, and lasers. EO got his name from EOS, the Greek goddess of the dawn. He lead a crew of misfits into the hostile territory of the Supreme Leader (Angelica Huston) a frightening bug like monster. Captain EO’s music transforms his enemies into dancers who fall into step with him as he turns the abysmal garbage heap around him into a beautiful new world and frees the inner beauty of the supreme leader.

It wasn’t the first 3D Disney film or the last. However, it was the most epic and timeless story ever told in Discoveryland. It last screened on April 12, 2015, exactly 23 years after its debut. If it weren’t for the controversy surrounding the star, Captain EO might still be thrilling park visitors today. 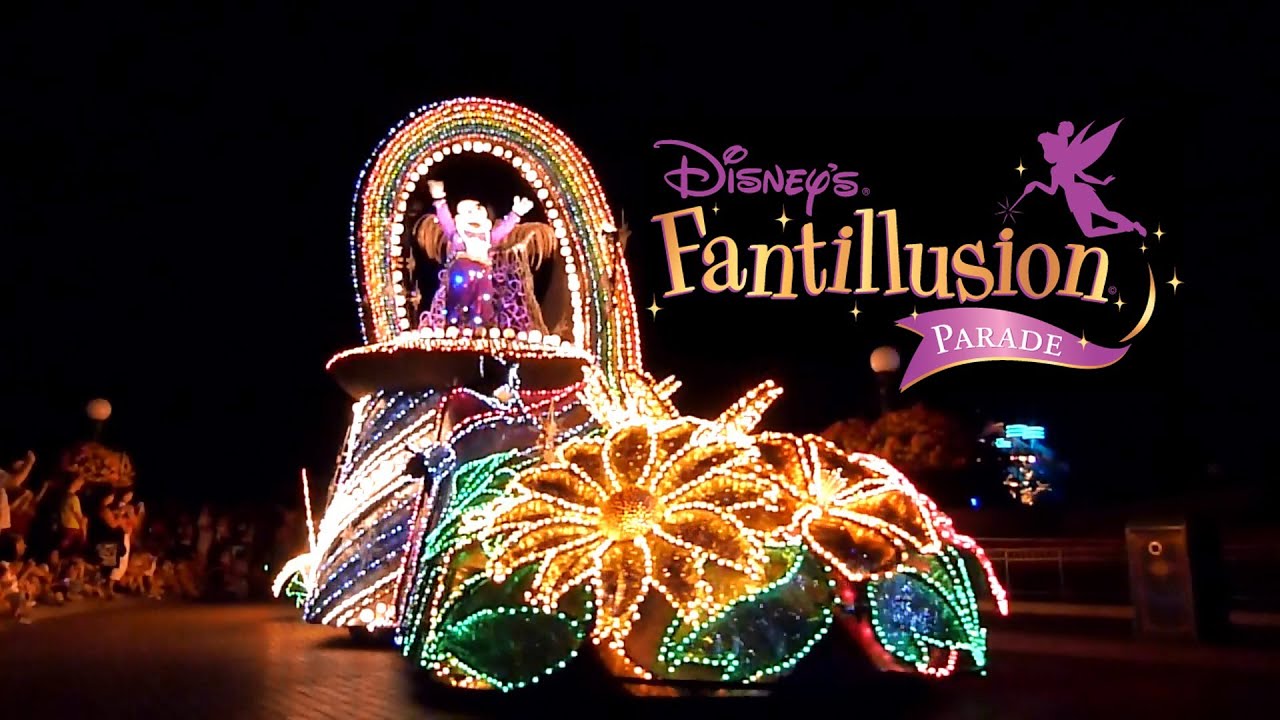 The replacement for the Main Street Electrical Parade suddenly left in 2012, never to return and with no substitution. Fantillusion was a unique successor to the classic. It incorporated elements of interim parades and shows such as Spectromagic, Light Magic, and Fantasmic! Originating as a 31 float parade created for Tokyo Disneyland, the stripped-down Paris version used only 12 floats. Nevertheless, it retained the original’s three-act structure.

Fantillusion was a parade that featured show stops at two points along the parade route. From Town Square to Fantasyland. It presented Mickey Mouse bringing the magic of light in the first act. In the second act, villains seized control of the spell and turned it to darkness.

Finally in the happy ending, Mickey Mouse triumphs in a manner very similar to his battle with Maleficent in Fantasmic! Fantillusion is extinct for nearly seven years since it was abrupt departure on October 31, 2012. There is nothing new to replace it or any word on whether it will return like the Electrical Parade often has for various other Disney parks.