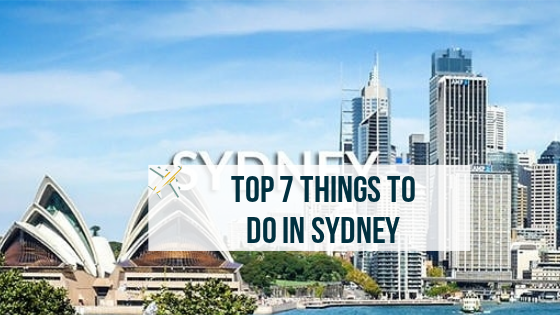 Searching for the Top 7 things to do in Sydney, here are our suggestions. Every capital city of any state or country has a specific characteristic that differentiates it from the rest of the cities. Sydney, the capital city of New South Wales territory of Australia, is remarkably notable in terms of its cosmopolitan city culture colony and glamorous appearance. The first ranked city of Australia that has a maximum of Greater Capital City Statistical Area has a population of 5,230,330 which also is the highest amongst the countrymen.

Densely populated, Sydney is the city of hustles that attracts beyond 32 million tourist visitors in a year time. A city that has more than 4 million residents is the most favourite destination place for many explorers across the globe. Sydney is the sure city that has to offer you good food and best shopping experiences, which makes it human heaven more. Below mentioned places in our bucket list are one that should be picked up while having a comfortable stroll in the city of Sydney. The top 7 things to do in Sydney will leave you awestruck with its significance and scenes.

Sydney is a passionate city, and so is their youngsters. The young people of Sydney volunteers the city for guiding the tourists. Every day there are three such trips that these volunteers manage. Individuals of the city with outbound personality and the intention of showing their love for the city, guide the tourists free of cost for the betterment of their city exploring experience. What an astonishing thing to begin the city explore activities at any place in the world! 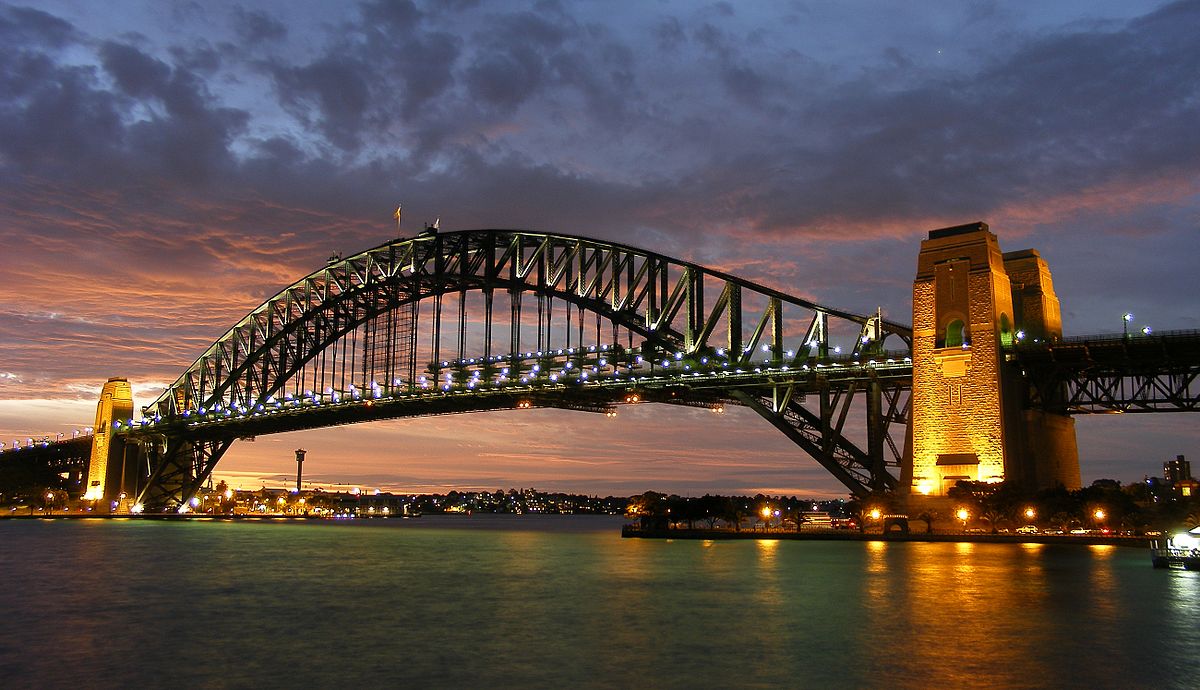 The heart of the city is the Darling Harbor and the City Harbor bridge. Darling Harbor is along the riverbed of Sydney. The magnificent views alongside the riverbanks reveal the beauty of places like the Chinese Garden of Friendship, National Maritime Museum, Shopping Centre, an aquarium, Madame Tussauds Museum, and Dockside Pavilion.

The Harbor bridge catches the eye away with its elegant scenes. The night lights of the harbor bridge showcase the decency of the human-creations. 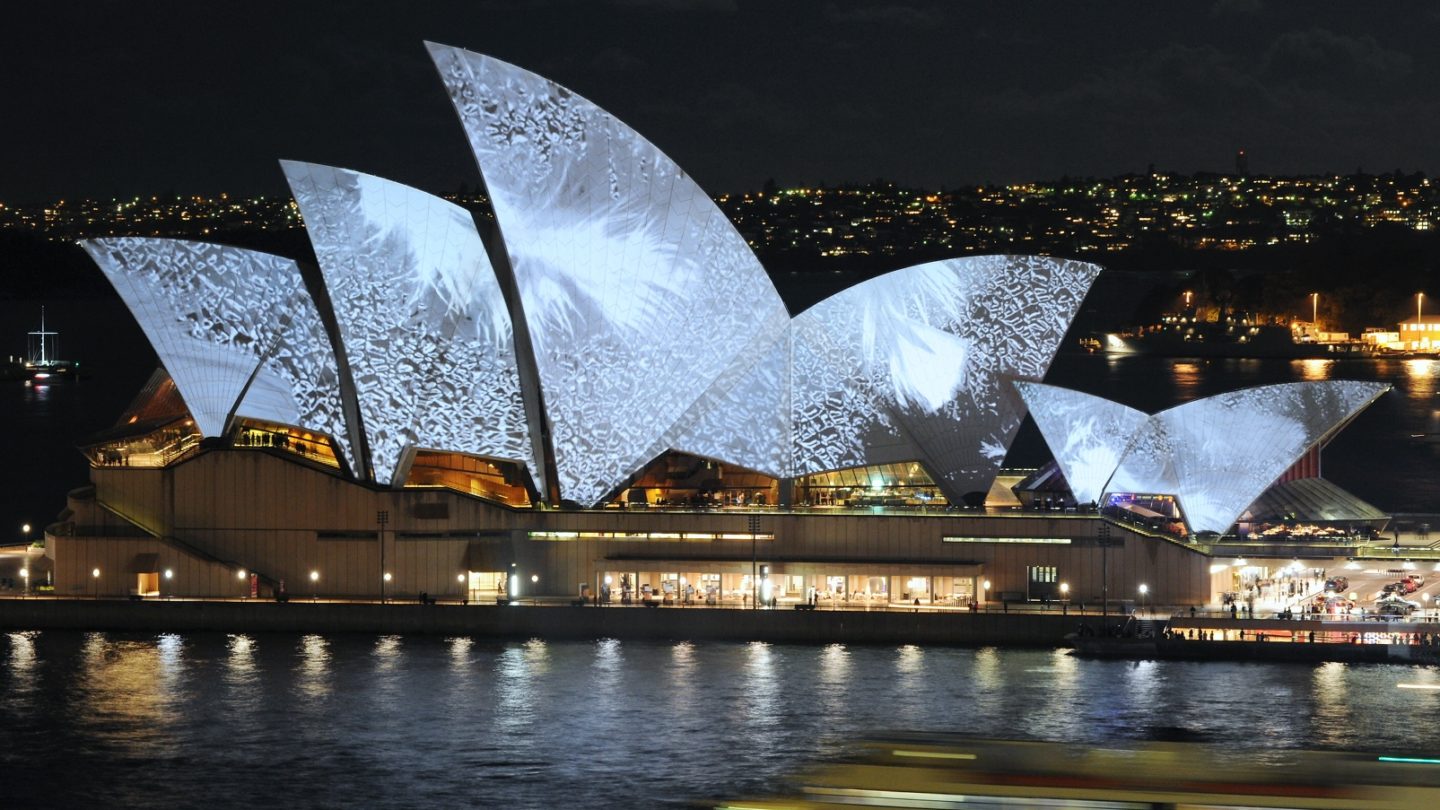 It is equivalent to tricking oneself if he/she does not visit the Opera House of Sydney. Another crucially essential to-visit destination in Sydney is its opera house. Any tourist who lands on Sydney’ landscapes should return to his/her home after watching a show in the opera house of the city.

No trip to Sydney could be declared complete if the opera house is not a part of its visiting menu. The place that slays in the day and stuns in the night is a must for Sydney’ luxurious visit. 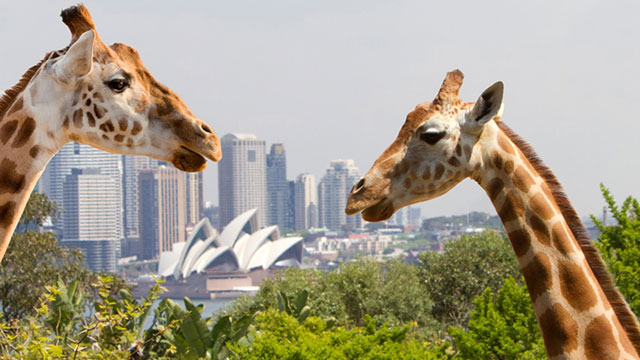 Distanced a few ferries riding away from Sydney, Taronga Zoo is a paradise in its own. Little miles from the Sydney City center and you are with diverse wildlife witnessing the fun. The Zoo has a high ropeway that has a view of Sydney harbor.

It sounds foolishly funny that while visiting Sydney, an individual has not met the national animal Kangaroo. The diverse wildlife amazes the couple trip with bewildering eye-sights overall. The excitement can be doubled by staying back at the Zoo in the night and spending the night in safari-style tents. The core attention seekers are the zoo train and Sky Safari. 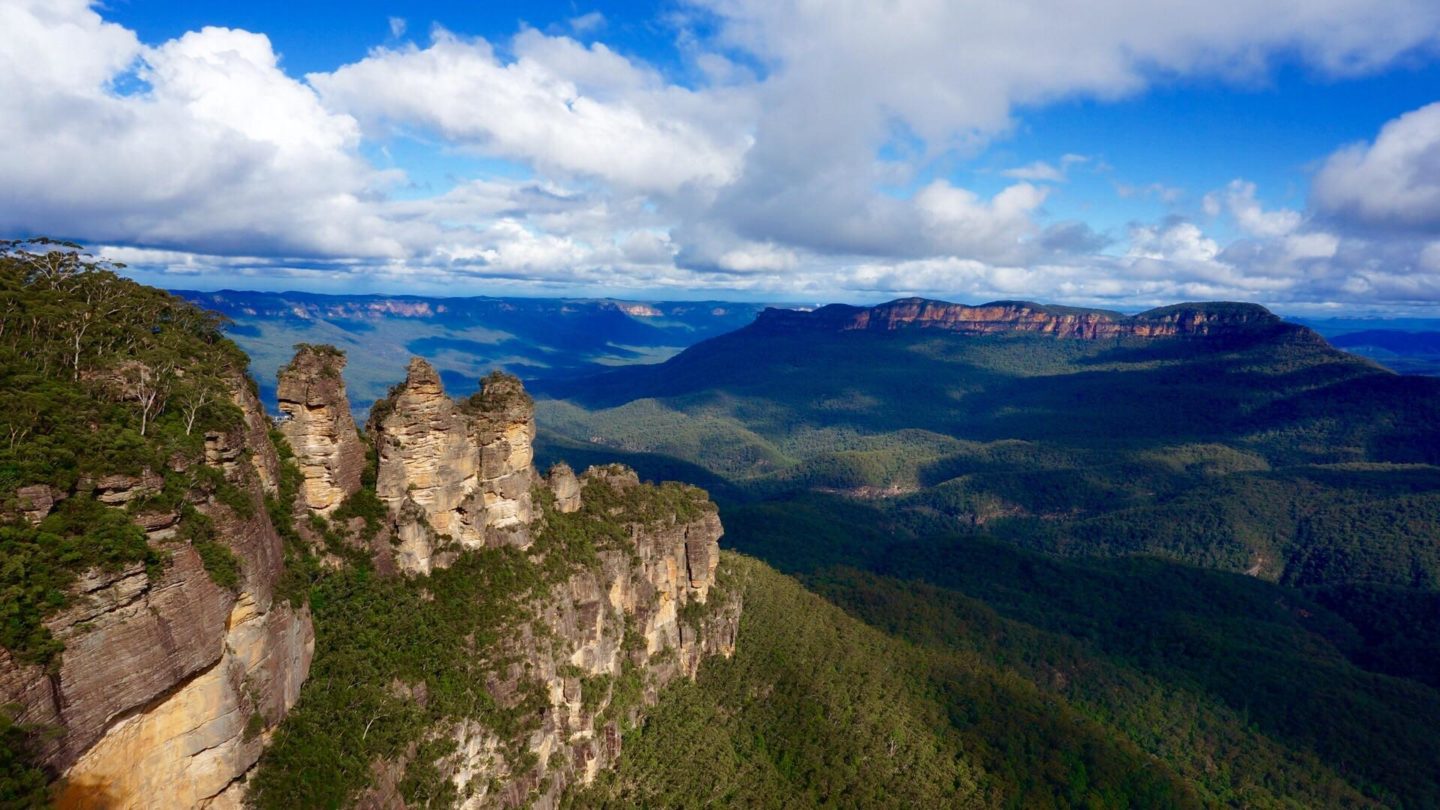 Having a comfortable road trip in your car with luggage loaded on the universal roof rack becomes more homely to a couple for touring the place. The renowned world heritage site bestows flawless natural beauty. The oomph of the place grabs tourists from the farthest corners of the world to visit it once in their entire life to travel. 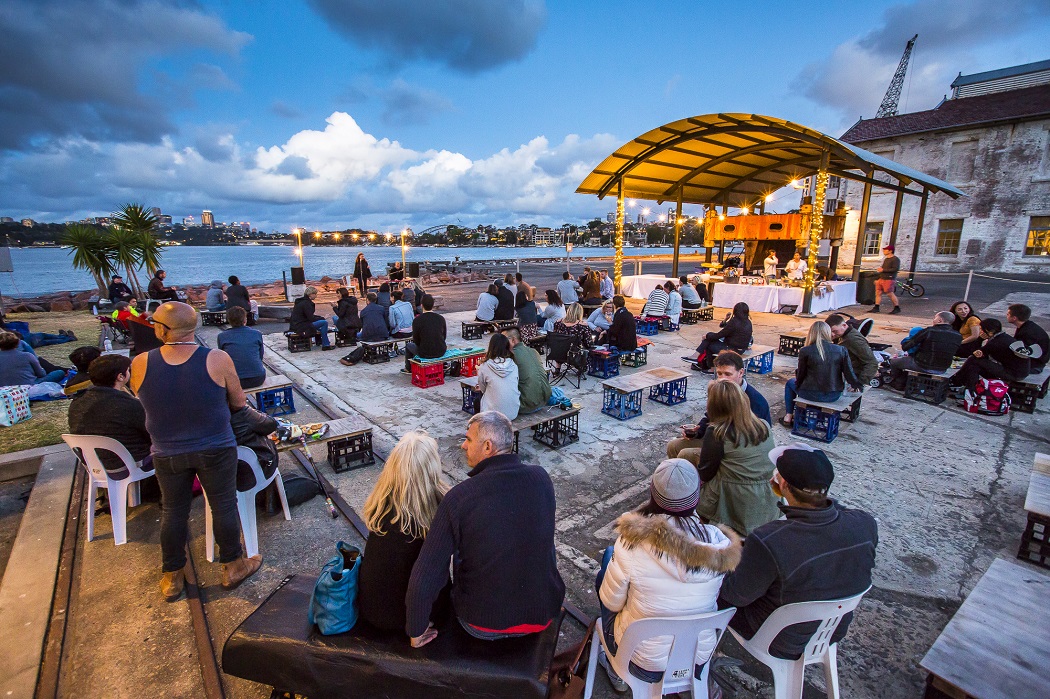 With easy access by ferryboat, Cockatoo Island is located, in between the Sydney harbour. UNESCO has declared some sections of the island as world heritage sites that constituents the total 11 sites creating Australian Convict Sites World Heritage Property.

The impressive island has pleasant food places and famous camping spots. The European colony lifestyle on the island is sometimes cruel yet cunning. 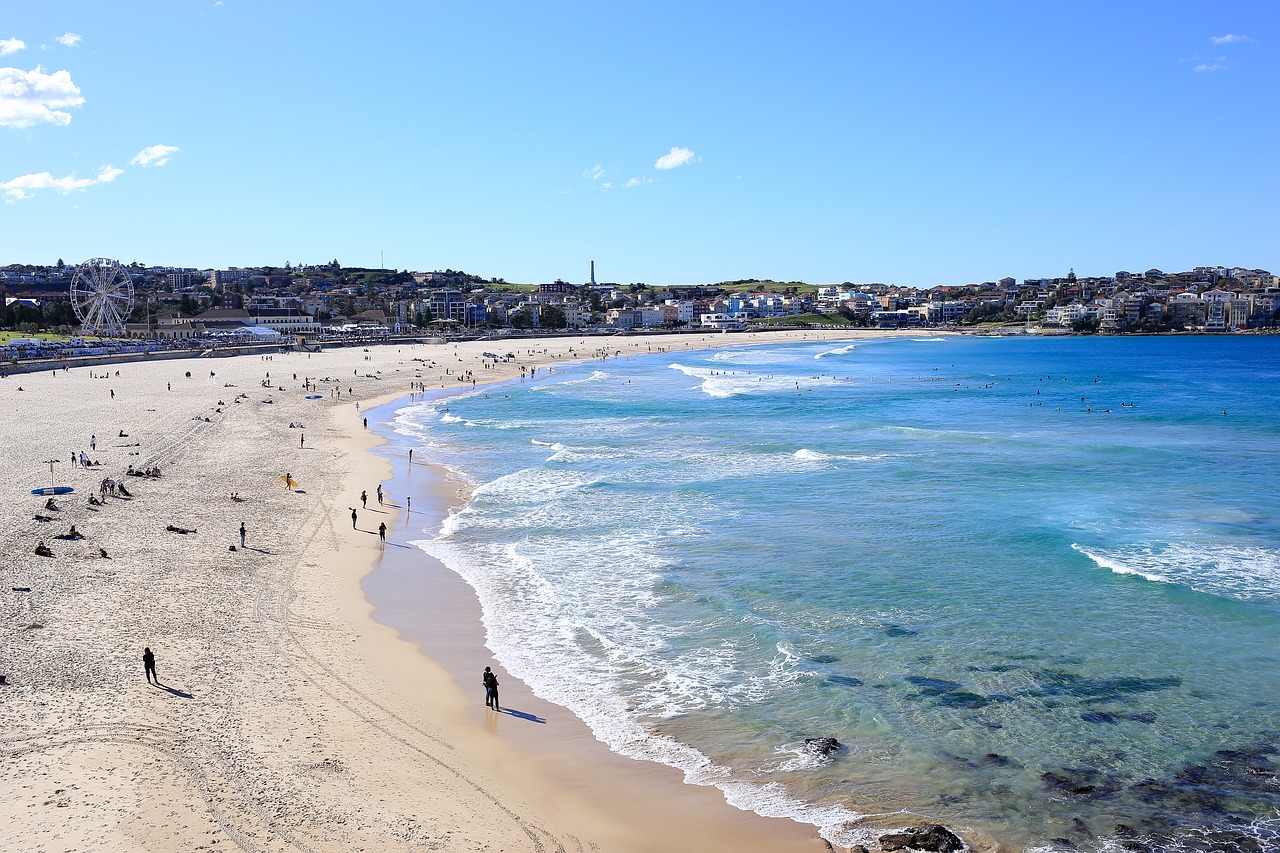 Experiencing the chillness by diving into the fresh waters of the beach and escorting cliffside scenes of rock pools and bays is an undoubted amusement. Bondi beach in Sydney has icebergs pool and restaurants for starting a city visit in well-mannered.

The charming atmosphere and serene surroundings accompanied by healthy dining alternatives combine to outcome in a perfect place to visit. Bondi beach is a remarkable destination and a well-known hangout place for the localities as well as the celebrities.

Hence, starting from the city centre to the Sydney harbour, from museums to manly beach, zoo visits till the mountainous expedition, wildlife until the varied dining alternatives, Sydney is the amalgamation of city culture, natural adventures, artificial decency, and is a robust artistically aesthetic itinerary.