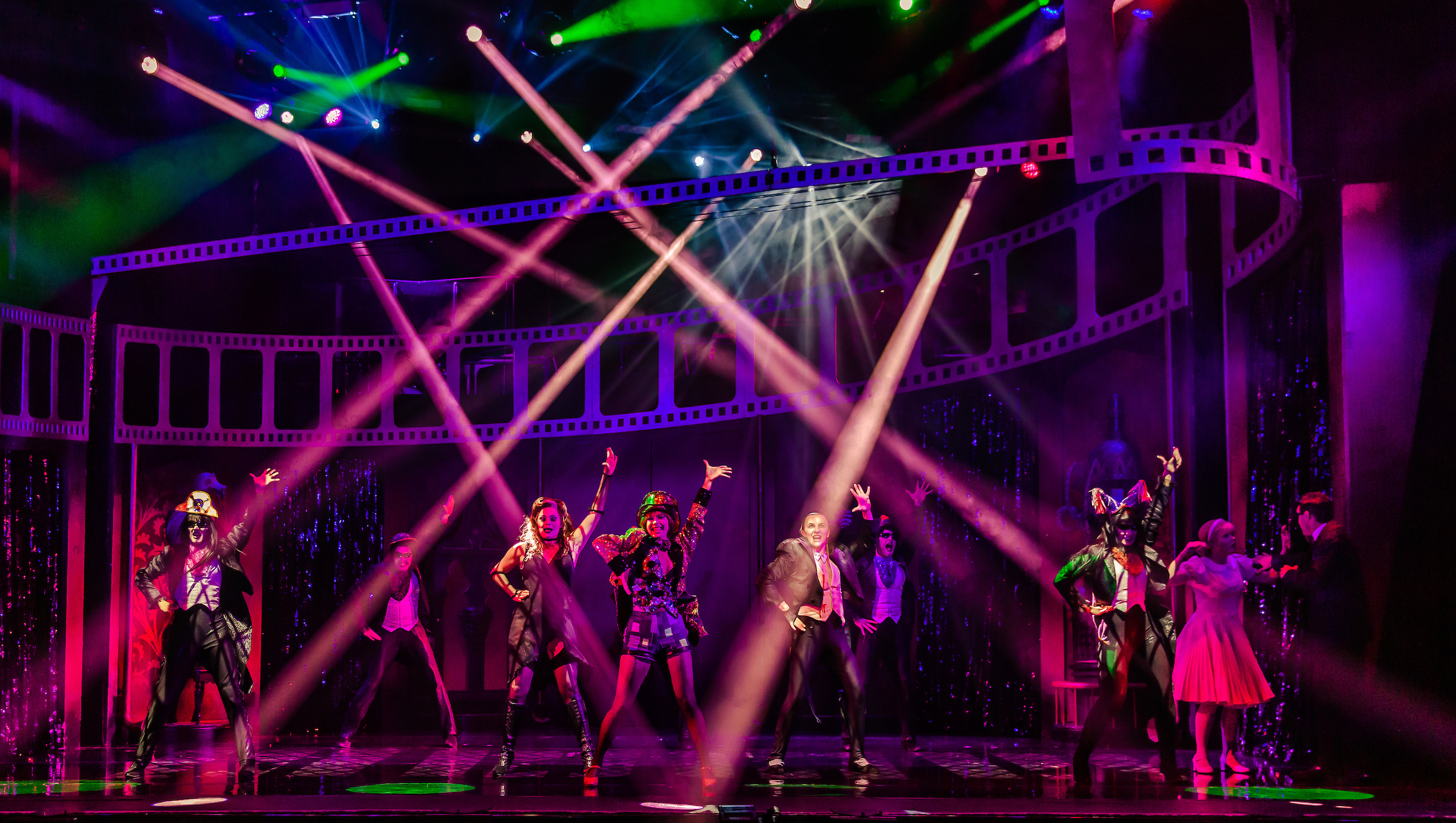 Last night Neva and I attended a performance of The Rocky Horror World Tour 2021, currently taking place at Norwich Theatre Royal, on Monday evening the show was performed with seven replacement cast members and on Tuesday the show had to be cancelled due to positive Covid cases, not a case of Dammit Janet more case of Dammit Covid.

But no matter, in true theatre style, all of the stand in cast members did an AMAZING job, so much that you couldn’t even tell who was in their real role and who wasn’t, so if you are due to visit any night this week, you are assured of a stunning show regardless of who is on stage.

Since it first opened in London in June 1973 at the Royal Court’s Theatre Upstairs, Richard O’Brien’s Rocky Horror Show has become the world’s favourite Rock ‘N’ Roll musical, having been performed worldwide for over 45 years in more than 30 countries and translated into 20 languages.

The Rocky Horror Show tells the story of Brad and his fiancée Janet, two squeaky clean college kids who meet Dr Frank’n’Furter by chance when their car breaks down outside his house whilst on their way to visit their favourite college professor.

It’s an adventure they’ll never forget, with fun, frolics, frocks and frivolity, bursting with timeless songs and outrageous outfits. The Rocky Horror Show is a guaranteed party, which famously combines science-fiction, horror, comedy and music while encouraging audience participation – meaning, of course, getting dressed-up in the most outrageous fancy dress.

Ready to thrill you with fun and naughty moments, The Rocky Horror Show is the boldest bash of them all. But be warned, this show has rude parts!

Queuing to get into the theatre was something to behold, with a vast array of suspenders, wigs, doctors coats and sparkly hats, just by looking at the people attending you knew you were in for a fantastic night and Norwich – You did not disappoint!

Philip Franks narrating was superb with so many witty comebacks to the audience callouts and lots of local and topical references that had the audience in stitches and held the cast together beautifully.

Ore Oduba was excellent as the timid Brad, although i’ve never watched Strictly (I Know, imagine!) I can see how he took the trophy as he certainly had the moves, but his singing was lovely too.

Ben Westhead was brilliant as Rocky, not sure i’d like to dance around a stage in nothing more than leopard print pants and a pair of gold boots, but he did it spectacularly!

Now for the changes…..Frank-N-Furter was played to perfection by Kristian Lavercombe (usually Riff Raff) so much sass and the way he moved in those heels was mesmerising! He took control of the stage every time he entered, and its hard for me to imagine him in his usual role as he seemed a natural as Frank.

Rachel Grundy (usually a phantom) was outstanding as Janet, so powerful and definitely one of my favourites of the night.

Danny Knott (usually swing) was absolutely fantastic as Riff Raff, it was like he was made for the part – look out Kristian !

Darcy Finden (usually a phantom) was brilliant as Magenta/ Usherette, loved her scene on the couch!!

Stefania Du Toit (swing/dance captain) was fabulous as Columbia, her reaction to being shot with the ray was hilarious, and a very powerful presence on stage.

Aaron Kavanagh totally smashed it as Eddie and Dr Scott, with only a few hours to prepare, what an amazing job you did, all credit it to you, AMAZING!

The only original Phantom was Reece Budin he was joined by Jess Sole, Tyla De Nurden and Andrew Ahern who all did a marvellous job and you wouldn’t even know they weren’t a full time cast performing together every night.

Directed by Christopher Luscombe, the smash hit show features all of the famous musical numbers which have made The Rocky Horror Show such a huge hit for over four decades, including “Sweet Transvestite”, “Science Fiction/Double Feature”, “Dammit Janet” and, of course, the timeless floor-filler, “The Time-Warp” – this is perfect show to help people forget the doom and gloom of recent months.

The shows at Norwich are selling pretty quickly, but the tour still has plenty of places to visit check out Rocky Horror Tour website HERE for tour dates and venues.