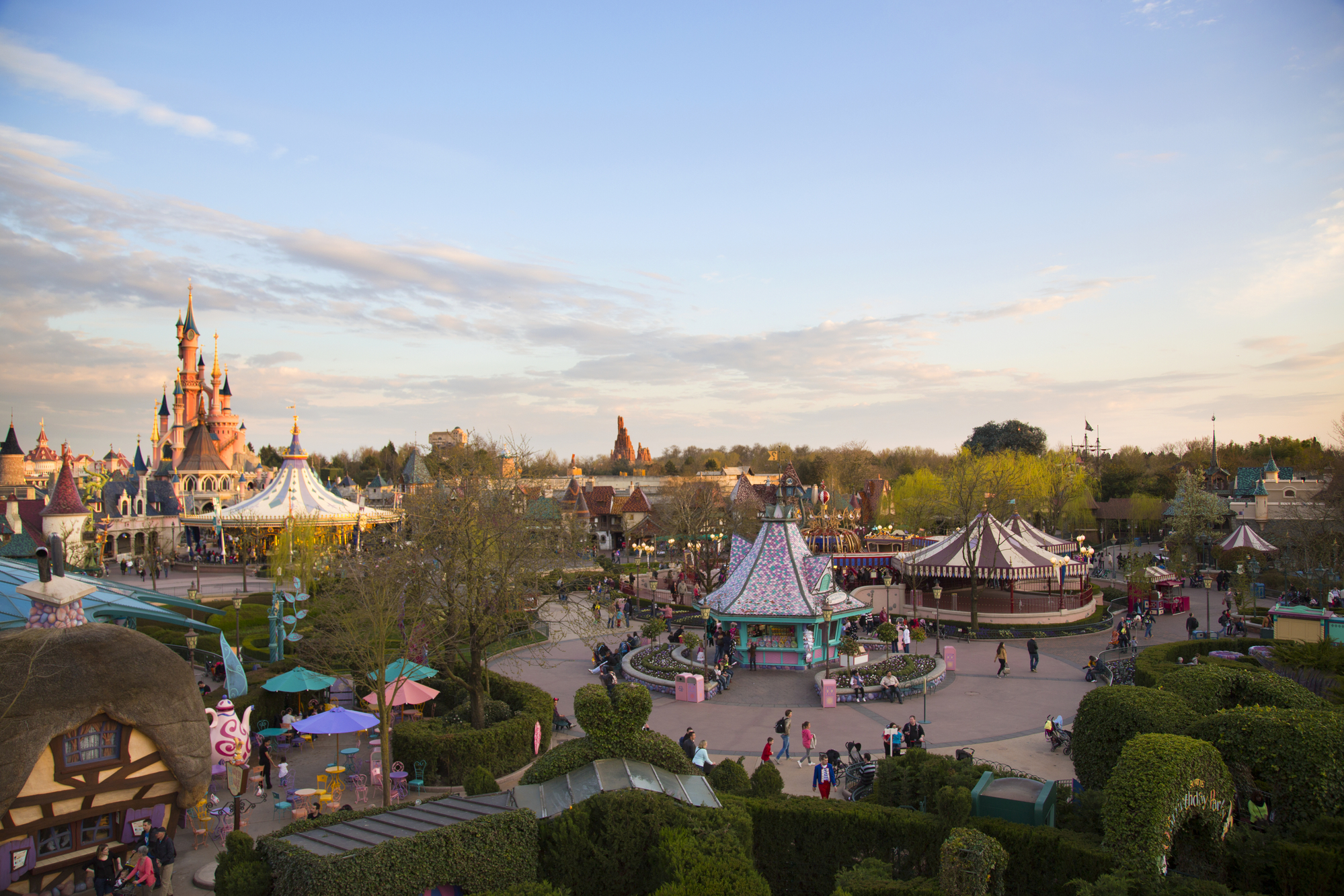 Disneyland is all about making dreams come true by viewing America through Walt Disney’s own unique perspective. Wherever you go, the environment is designed to make you feel a certain way…usually happy.

The artists use forced perspective to string your senses along. Much of the Disney magic is due to nostalgia. What a lot of people don’t realise, however, is that it started out that way. Nostalgia has always been a part of Disneyland; it didn’t develop over time. Disney magic is also humorous, ambitious, and patriotic.

Top Disneyland attractions over the years have captured these qualities to bring the magic to life. If you only ride five attractions on your next Disneyland visit, pick these to get the most enchantment out of your day.

Pirates of the Caribbean 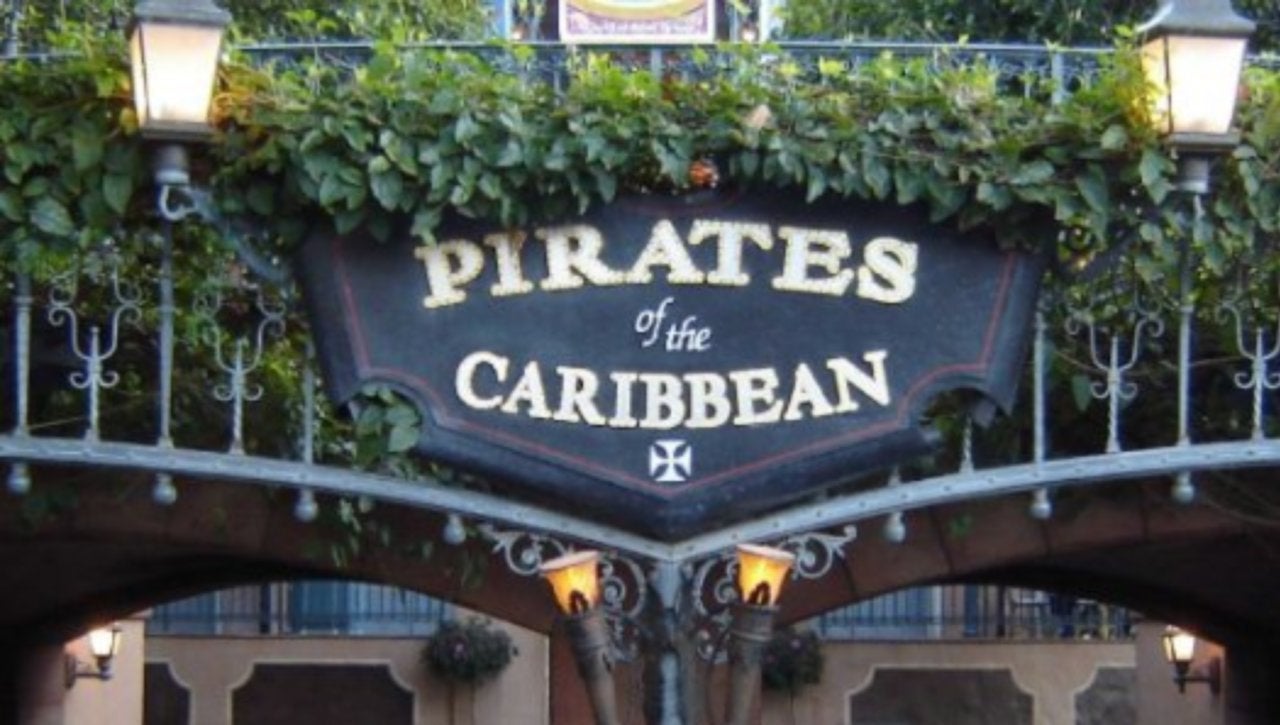 The Quintessential Disney attraction is Pirates of the Caribbean. Walt Disney personally oversaw the attraction after Imagineering made huge breakthroughs at the ’64-65 World’s Fair. Marc Davis contributed his signature humour to the scenes depicted on the ride through adventure.

Even though it gets continual revisions to stay in line with contemporary cultural sensitivity, it remains true to the original design and is always one of the most pleasurable attractions to ride. 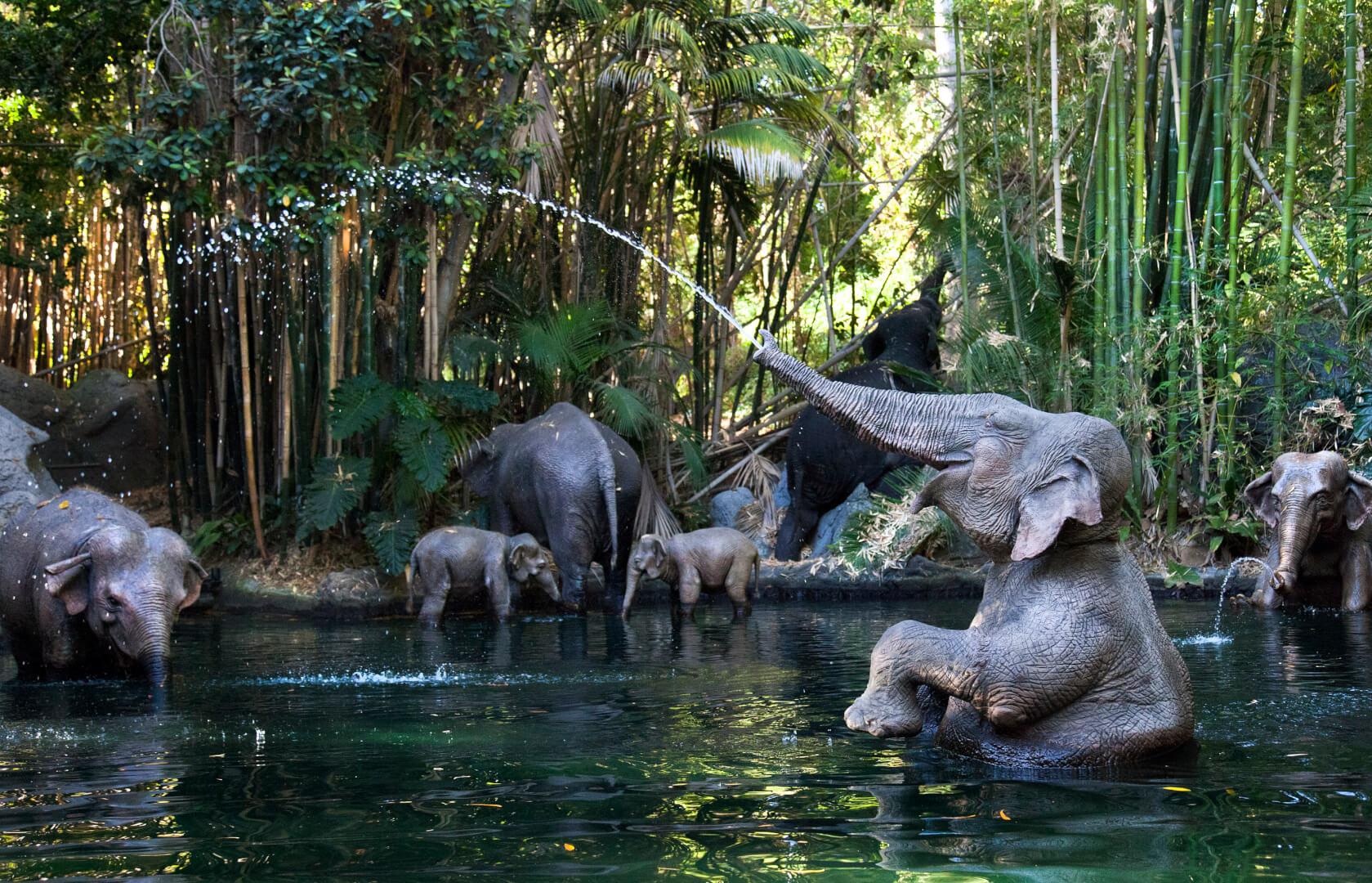 Disney Magic is at it’s best when you suspend your disbelief and just enjoy the ride. My guess is you don’t look at the animals on the jungle cruise and think they look real.

But you probably aren’t thinking they don’t either. The point is you are immersed in the fun and the humour of your Jungle tour and all you know about the animals is that they are entertaining.

The scenes depicted in the Jungle Cruise and the jokes offered by the skippers are the truest forms of Disney magic found anywhere else in the park. 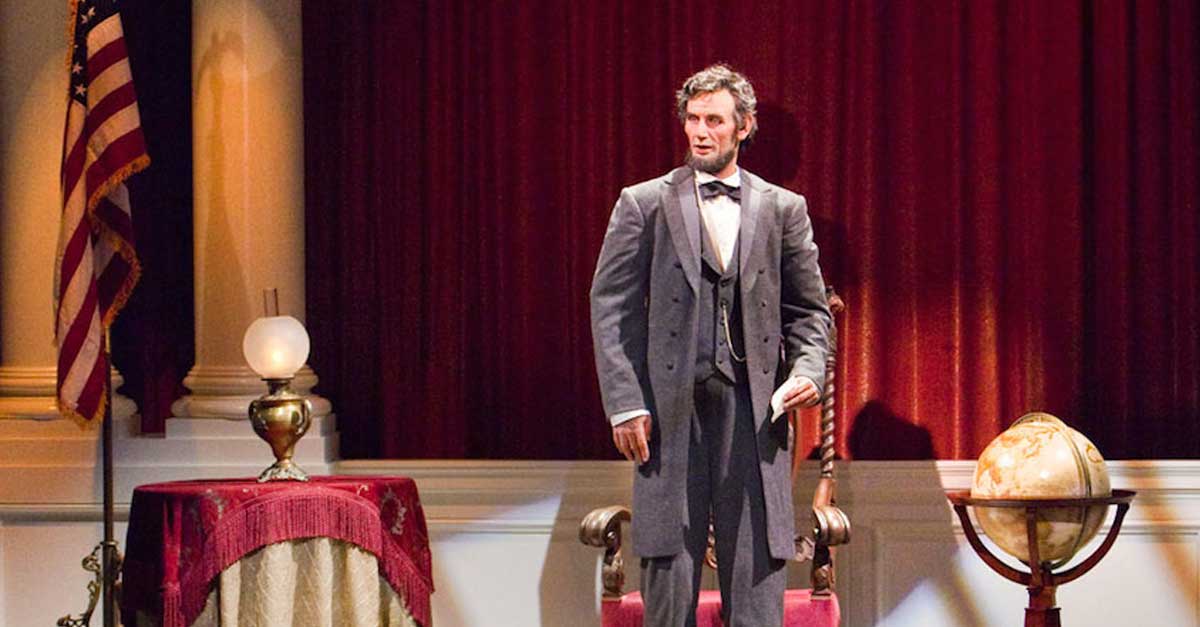 Great Moments with Mr. Lincoln is one of two ’64-65 World’s Fair attractions still operating in Disneyland. The show is a beautiful and patriotic presentation about the impact of the Civil War and Abraham Lincoln’s leadership through that period in time.

It ends with a climactic speech that puts the audience face to face with a lifelike Abraham Lincoln. It’s a very moving attraction and full of genuine Disney magic. 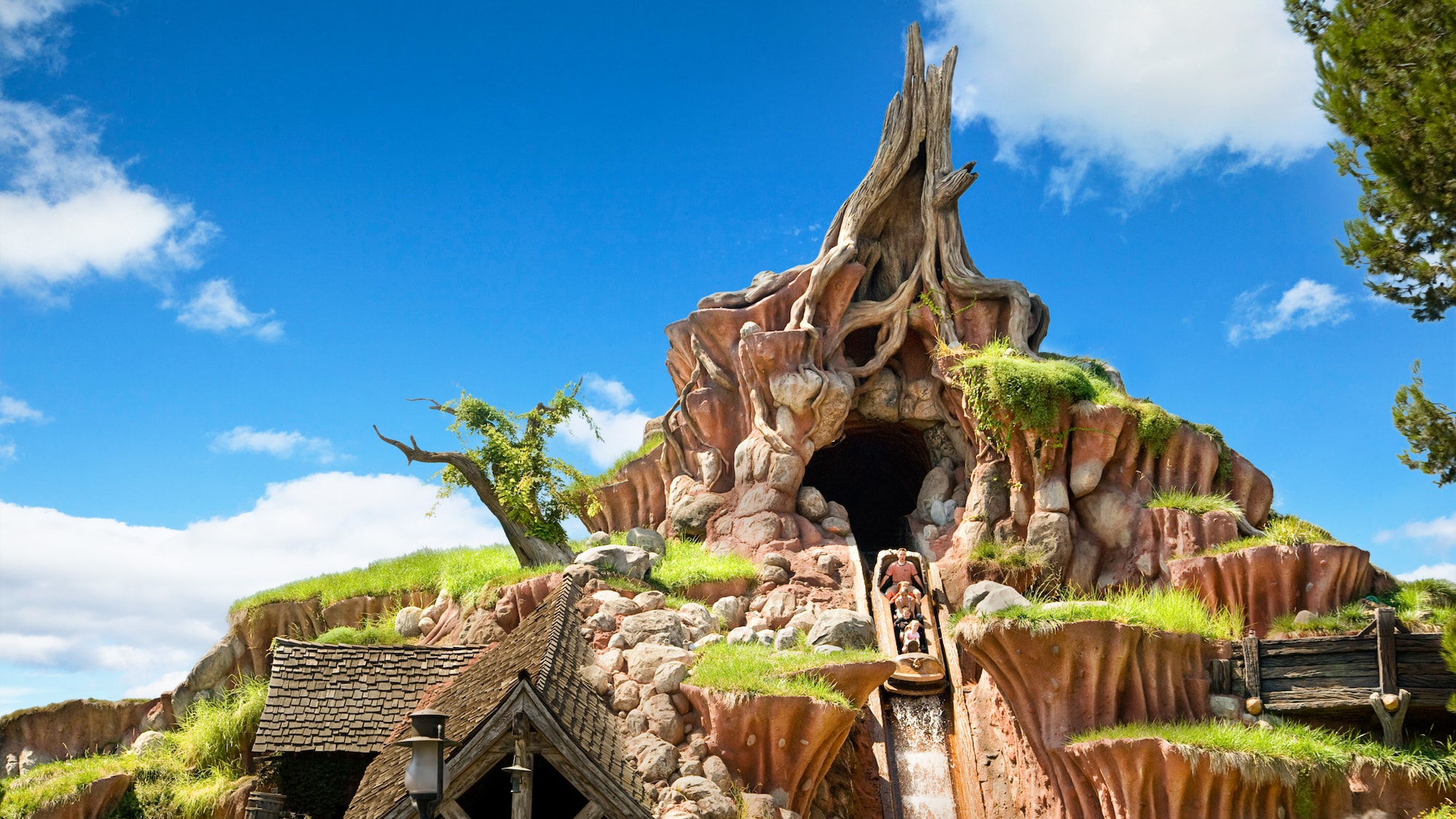 Not all of the most magical Disney attractions are classics, but it helps when they are based on one. Splash Mountain takes the stories of Uncle Remus from Disney’s Song of the South and sends guests on a wet and wild ride along with Br’er Rabbit, Br’er Fox, and Br’er Bear.

It’s innovative, and lots of fun, plus it has some of the most immersive storytelling in Disneyland. Hopefully, when the attraction is rethemed to the Princess and the Frog it will retain its charm. 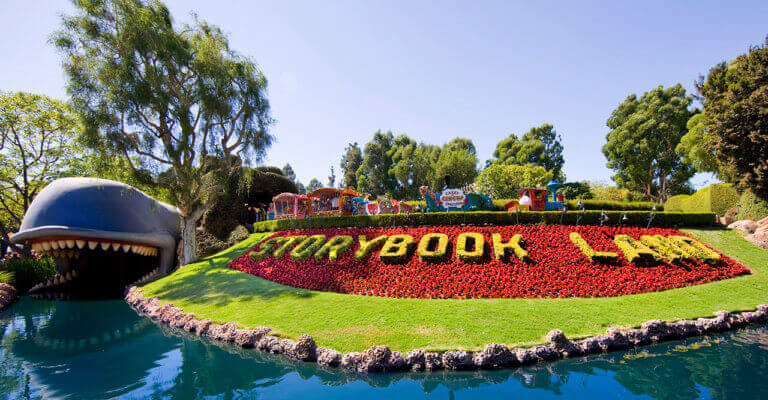 There are lots of scenic attractions that exude Disney Magic. The Disneyland Railroad is one and the Mark Twain is another.

However, One of the most underrated attractions in Disneyland makes magic the focus of most of the scenery you see. Storybook Land takes you through the gaping jaws of Monstro the Whale and takes you on a gentle journey through Storybook Land.

The boat ride passes a wide array of miniature castles and dwellings from many of Disney’s most popular animated films. Small details like the Matterhorn touring above Pinnochio’s Alpine village and the intricate landscaping make this subtle ride as breathtaking as any e-ticket attraction.

However this is just one of the magical Disney parks, have you visited any of the others across the globe?

unsure which to visit next, check out The Ultimate Disney Guide: All Disney Resorts RANKED