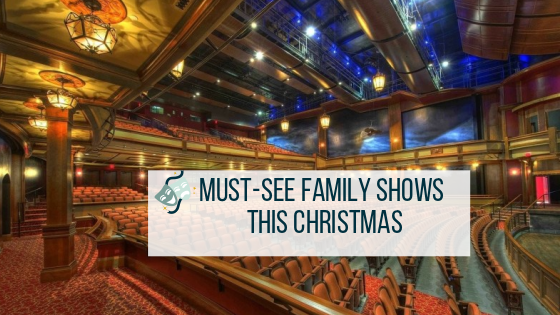 The festive season is the perfect excuse to spend some quality time with your family and enjoy many wonderful activities together. And there’s no better way to greet the season than allowing yourself to be swept away by one of the many enchanting family-friendly shows being performed across the UK.

Whether your family prefers musicals, West End blockbusters, movie classics on the big screen or a good old panto, there’s plenty of options to suit all ages and preferences.

We have nothing short of an avalanche of shows to choose from at Family Tickets, but here are some that parents highly recommend.

If you’re looking to enjoy the latest renditions of some classic Christmas stories your family knows and loves, then there’s plenty to choose from this year.

It’s hard to believe that A Christmas Carol was first published in 1843. More than 175 years’ on and Charles Dickens’ timeless tale is still a quintessentially classic Christmas story.

Jack Thorne, the man behind this stage adaption, is best known for writing Harry Potter and the Cursed Child with JK Rowling. As The Times put it: “Not even Scrooge himself could dislike this”.

Head down to The Old Vic Theatre in London to see this iconic festive tale transformed on stage.

I can’t imagine Christmas without watching The Snowman with my family ‒ an annual tradition for many. For a more immersive experience of this enchanting story, enjoy a big screen showing of the classic animated film accompanied by a live orchestra as The Snowman Tour soars across the UK from Liverpool to Buxton, Chester to Derby.

Or, for a show designed solely for the stage, why not enjoy The Nutcracker performed by 100 dancers and musicians of English National Ballet at London’s Coliseum. This spectacle has understandably sold out for the last three years, so book early to make sure you don’t miss out.

If your fellow showgoers are a bit younger, there’s still plenty of grand festivities for them to enjoy. Dear Santa is a wonderful adaption of the joyous children’s book Dear Zoo by Rod Campbell, brought to life on stage.

You’ll join Santa and his cheeky elf companion as he goes on a quest to deliver the perfect present. Santa may even need some help from the audience and is known to stick around after the show to meet the kids.

London’s West End has long been known as a global hub for theatre. At Christmas, it’s brimming with amazing family shows.

Children will be delighted by seeing their favourite nanny, Mary Poppins, at the Prince Edward Theatre, along with her trusty umbrella and heart-warming songs. Chances are you’ll know the story well, but on stage, it’s a whole new experience.

If I could describe it in one word, it would have to be Supercalifragilisticexpialidocious.

Six The Musical gives us a unique telling of the stories of Henry VIII’s six wives. The twist? It’s in the form of a pop concert. Who should front of this all powerful pop group? Henry’s wives each tell (and sing) their story, with the lead singer to be decided by who’s had the worst experiences. Six is a truly original performance for all young pop fans out there.

Alternatively, if your family wishes to travel to the fabled Neverland, they can fly there straight from London’s Alexandra Palace. Peter Pan Goes Wrong is a hilarious take on J.M Barrie’s timeless tale and a lot of fun for those who remember it as an iconic childhood story, and kids who have yet to be enchanted.

In short, it’s the ideal choice for children (adults) who want to never grow up.

For some, a pantomime is the essential Christmastime trip to the theatre. Goldilocks and the Three Bears at the London Palladium mixes the classic panto format with a spectacular circus and is an entirely fresh take on the original story.

Rather than the old tale set in a house in the woods, this panto performance sees Dame Betty Barnum and her daughter Goldilocks strive to save their circus from a wicked rival. Just as it seems like their luck is up, three bears come to save the day…

As well as all the eye-widening circus stunts you’d expect, there are also some mind-blowing special effects, plenty of laughs and an all-star cast including Paul O’Grady, Julian Clary and Matt Baker from The One Show.

For a more faithful rendition of a classic, the Cinderella panto at the Lyric in London is brimming with all the elements that made it such a cherished children’s tale. If it’s glass slippers, pumpkins and fairy godmothers you’re seeking, you really can’t go wrong with revisiting Cinderella’s magical journey in exhilarating panto form.

If your family isn’t too fussed about panto shenanigans or would rather avoid a festive-themed show altogether, then there are plenty of family favourites to choose from.

They’ll get to join her on a road trip of adventures, alongside all their favourite characters from the cartoon, including dragons, dinosaurs and plenty of ice cream.

One of my top picks is the epic musical version of The Lion King at London’s Lyceum Theatre. This classic story, loved by some 90 million children and grown-ups, is as joyful and touching as it ever was.

Join Simba, Pumbaa and Timon as they strive to save their beautiful African savannah, the Pride Lands, from Simba’s evil uncle Scar. With several characters soaring from the stage, right down the aisles, you’ll have no trouble getting truly immersed in the action throughout this captivating two-and-a-half-hour extravaganza.

Matilda The Musical is another heartfelt children’s tale brought to the stage in glorious fashion. If you enjoyed Roald Dahl’s classic book and the excellent 1996 film version, this musical masterpiece is unmissable.

The Royal Shakespeare Company’s performance features the original songs of comedian Tim Minchin and direction from the wonderful Matthew Warchus. This incredible combination of talent perfectly retells the adventures of a kind-hearted and telekinetic young girl.

So join Matilda at London’s Cambridge Theatre and help your family unlock the power of imagination.

These are just a small sleigh-load of brilliant shows running over the festive season. Whatever type of show your family loves, there’s no shortage of wonderful performances to choose from. Enjoy!

A Christmas Carol at the Old Vic (Ages 8+)

Goldilocks and the Three Bears (Ages 5+)

Andrew Bishop is Managing Director of Family Tickets, an award-winning ticketing platform powered by recommendations from parents. Family Tickets sold more than 100,000 tickets in the last year, won the STAR award for outstanding customer service in 2018 and has a customer satisfaction score of 95%. 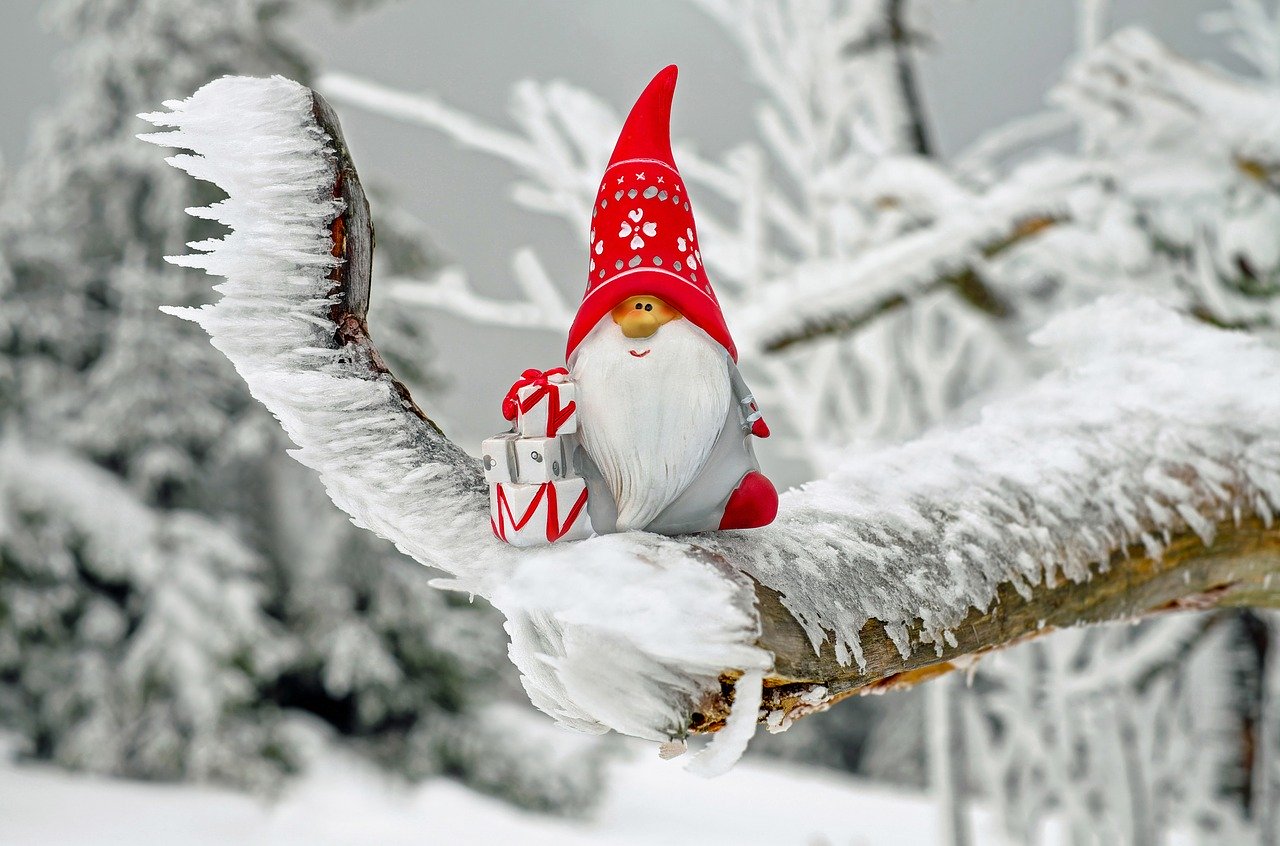 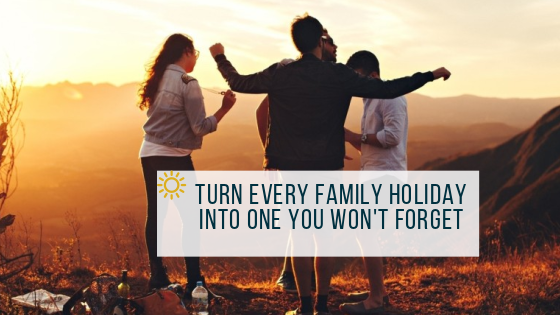 Turn Every Family Holiday Into One You Won't Forget