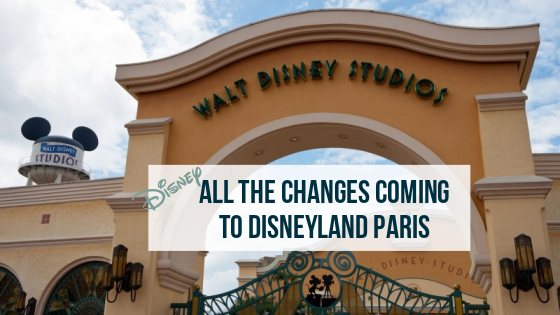 We can’t wait to see you again! Between now and the reopening, we are doing everything we can to make your next visit a dream come true. Explore our many magical worlds, choose from 50 attractions, and enjoy privileged moments with our beloved Characters.

To provide guests with maximum flexibility, new booking conditions are now available. Find information about the reopening of Disneyland Paris

D23, the official Disney fan club convention, just ended in August. Part of that event detailed some incredible changes coming to the Disney parks. Some of that news involved Disneyland Paris, although Walt Disney World, particularly EPCOT, was the primary focus. The same thing happened in 2017. There was virtually no mention of the exciting things to come to Disneyland Paris.

Nevertheless, official press releases from Disney reveal plans for Paris that make up some of the most enticing Disney parks news in years. The proposed Disneyland Paris expansion may not be complete until 2025. However, the impact it will have on the resort is gargantuan.

Many of the changes coming over the next few years involve a significant expansion to the Walt Disney Studios Park. The concept art for the new areas reveals a 7.5-acre lagoon as a centerpiece. It’s very similar to what you will find at EPCOT. Immersive new lands will encompass the lake and anchor the park thematically. The resulting new layout will add relevance and entertainment value.

The lagoon itself will be the stage for shows heavily inspired by other Disney parks’ successes. Fantasmic at Tokyo DisneySea, World of Color at Disney’s California Adventure, and Harmonious at Epcot may give a clue what to expect. Another feature for the lagoon will be a proposed lakeside restaurant. Although, that is just the start of all of the significant upcoming additions over the next several years. Here’s what’s coming.

Next Summer Hotel New York, one of Disneyland Paris Resort’s deluxe hotels, will reopen with a slight tweak as Hotel New York: The Art of Marvel. The new sub-theme will shine in the decor throughout the rooms and the hotel. The hotel will remain true to its New York theming but will feature are Marvel Style overlay.

So, fans of both Marvel and the New York City theme of the original hotel will be delighted as Disney has opted to stray from the current trend of more immersive environments that come with the IP infused hotel themes. Rooms featuring the new Marvel Artwork were presented at D23 this August.

Another substantial change coming to Disneyland Paris is the first of several modifications to the Walt Disney Studios Park. The opening date eludes us, but it could be arriving as early as next year. We are referring to the updated tram tour which will now feature the world of Cars. The new backlot tour will have a new boarding station on the right side of the park to make room for the main thoroughfare leading straight to the lagoon from the main entrance to the park. The rethemed attraction is set to include two show buildings, and the climatic Catastrophe Canyon set will likely remain.

The first important step in the complete re-imagining of the Walt Disney Studios park is going to be Avengers Campus. This Marvel-themed land is going to take over the Backlot area of the park and include new attractions which will replace the Aerosmith related Armageddon experience and Rockin’ Roller Coaster.

The ladder closed on September 1. Although the track of the roller coaster will remain the same, the show elements of the ride will come from to Iron Man and the Avengers.

This attraction will anchor Avengers Campus in the Paris location like Guardians of the Galaxy: Mission: Breakout in California and Ant-Man and the Wasp Nano Battle in Hong Kong. The campuses point to a larger universe that connects the three international Marvel lands. A stark contrast to any other IP based expansions to date, this will be a delight for theorists looking to connect the dots. The Iron Man rollercoaster is expected to debut some time in 2020.

At one time there were plans to expand the attractions in Toy Story Playland. However, those seem to have been put on hold. Concept art for the new Walt Disney Studios Park expansion reveals Alien Swirling Saucers, a classic spinner attraction. The same ride debuted in 2018 at Walt Disney World and as Mater’s Junkyard Jamboree at Disney’s California Adventure in 2012. While news of the addition has ground to a halt, there are still plans for a walkway through Toy Story Playland that will lead to the new lagoon and the future lands around it.

The new iconic Disney castle is going to be Elsa’s ice palace from Frozen. The structure will sit nestled in a mountaintop front and center in the back of the park. Guests entering Walt Disney Studios will be able to see the castle from the moment they exit the Disney Studio 1 Soundstage at the entrance to the park. If there are two things Disney does best, it’s mountains and castles, so this new land is going to be a massive attraction from clear across the park. The kingdom of Arendelle will manifest as a village at the foot of the mountain and the castle of Arendelle close by.

Arendelle is the first of two new lands to be part of the radical expansion at Walt Disney Studios. Very little is known about it yet, but it appears to resemble and elaborate upon the Norway Pavilion in EPCOT. The one confirmed attraction for the area is Frozen Ever After, although it may be a different version than the one in EPCOT.

Finally, on the left side of the lagoon, Star Wars Land will open 1-2 years following Arendelle. The land will be half the size of Galaxy’s Edge and is probably not going to go by that name. Since Galaxy’s Edge features Batuu, which is meant to be an actual place, the two current versions are nearly identical.

Although the concept art is similar, it is missing the trademark black spires that are part of the supposed lore of the Galaxy’s Edge outpost. The reception of the two Galaxy’s Edge openings in the US may impact the details of the version going to Paris. It’s even possible that the land will take after Mos Eisley, the spaceport on Tatooine, as was initially planned for the US instead of the sequel trilogy era land that Galaxy’s Edge is placed in.

12 thoughts on “d23 – All The Changes Coming To Disneyland Paris”