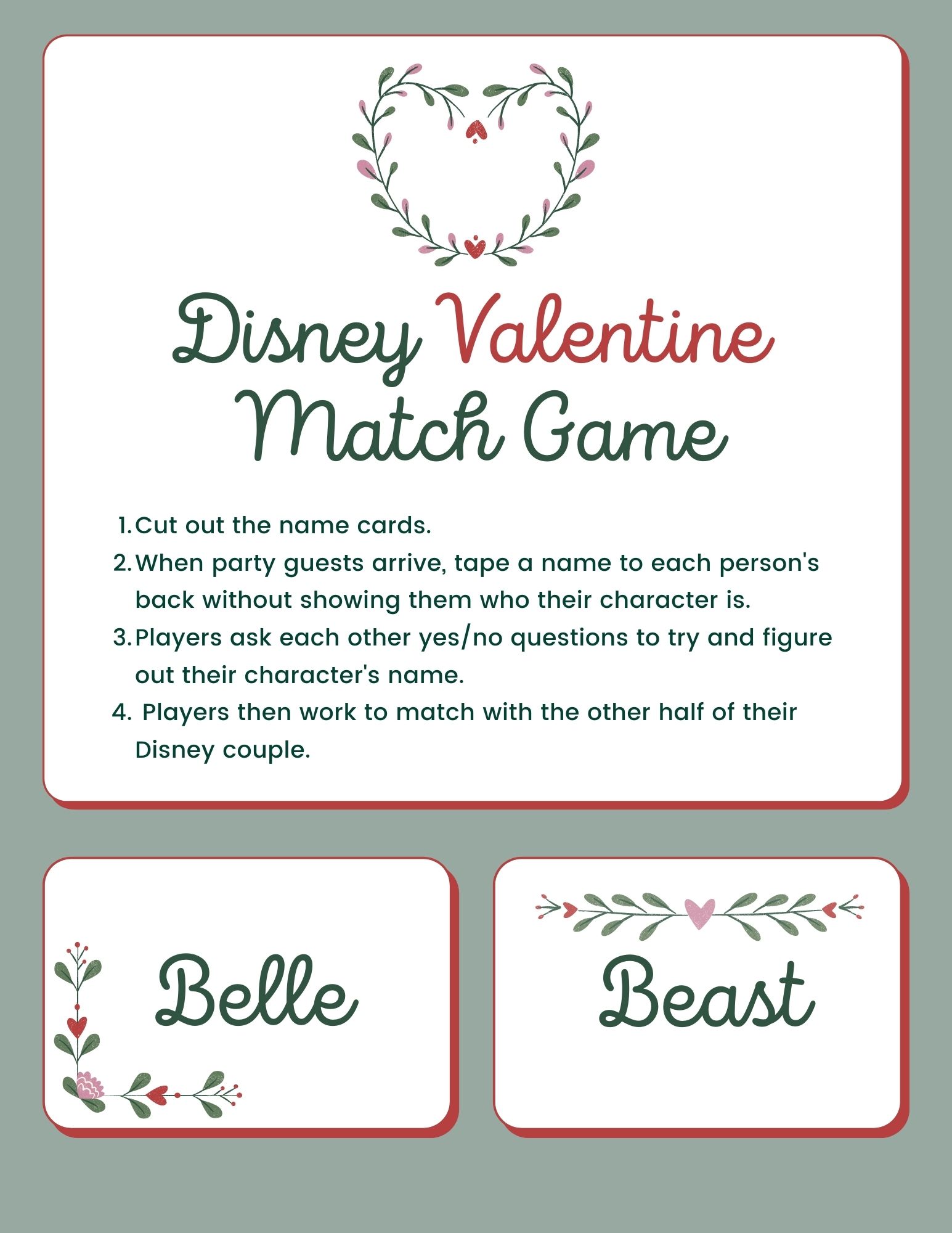 Who doesn’t love Disney? It doesn’t matter whether you are a super fan who has seen every film and Disney related programme, been to all of the resorts, and collected those iconic autographs.

Or if you just have respect for the Disney brand and like the odd film or character. There is often a love for Disney that is encapsulated in childhood and then passed on in some way to your own children as they grow.

With the classic films, the new productions being released and the various different characters and TV programmes there is bound to be something that you like.

Disney isn’t just about the movies and TV series, or even heading to the famous parks, it can even be the toys that your children play with and be the inspiration for the crafts that you might do with them.

You can also play games that are Disney-inspired and one of the ones I wanted to share with you is this Disney Valentines Match game.

Valentine’s day is focused on love, and this game has famous Disney couples taking centre stage. It isn’t a sit-down and play sort of game it encourages conversation amongst your guests or the children who are playing it.

So how do you get started with this Disney Valentines Match Game?

Here is a rundown of the supplies you need, how to set bit up and play the game, as well as some variations and tips to ensure you have the most fun with it. So let’s get started.

Everything you need to play the Disney Valentine’s match game

You don’t need too many things in order to set up this game and enjoy it with friends, family, or children. But here is a shortlist that will help you get to the stage where you can enjoy playing it.

How to set up the Disney Valentine’s Match Game

It is such an easy and simple game to set up that even young children can have a go. However, always be mindful that there is the need to use scissors and young children should be supervised when using them.

First of all, print out all of the pages of the Disney character names onto card. Then grab your scissors and carefully cut the cards out.

You could even laminate them if you wanted so that they can be preserved and used again in the future.

How to play the Disney Valentine’s Match Game

Now that you have everything that you need and have set up the game here are the instructions on how to play it. You can easily print them off but if you don’t have the opportunity to do so then here is a quick rundown.

While it is a relatively straightforward game to set up and play, there are a few pointers to make things easier that I wanted to share with you.

Of course, like with anything, there are variations that you might want to try. So here are a few suggestions.

Often with things like this, there are some questions that you might want to answer, so here are a few of the common ones to help you when setting this up or playing the game. However, if you still have a burning question please feel free to get in touch or leave a comment.

How many players can enjoy this game?

It is recommended to play this game has four or more players. It will only work with an even number of players as well as this is all about matching up as a couple. However, there are 26 character names included with this printable, so you could have up to 26 players join in. If you do have more then you could always try and think up some more couplings that have not been included.

How long does the game take to play?

The game can take as long as it takes. It is all about the conversation so can serve as the perfect ice breaker for a party or keep children occupied when together as they concentrate on the questions they ask. The longer the better.   I hope you enjoy playing the Disney Valentine’s match game.